Lynx would not be impressed – on semantics and HTML 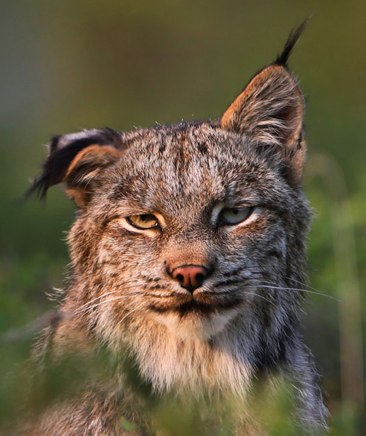 Lately there has been a lot of discussion about markup, and especially the new HTML5 elements. There was a big hoo-hah when the WHATWG wanted to remove the time element from the HTML spec, Divya stirred lots of emotions with her “Our Pointless Pursuit Of Semantic Value” and of course Jeremy posted his views on the subject, too in a counterpoint article “Pursuing semantic value“.

Maybe there wasn’t a counterpoint, maybe there was. Frankly, I was too busy to read the lot. It also doesn’t matter that much, as I get more and more the feeling that we really need to think about the web as it was and how it will be. The lack of understanding of the value of semantic markup to me is just a symptom of a change that is happening.

A lot of the debate about semantic value and using the correct HTML is kept alive by people who have been around for a long time and seen browsers fail in more ways we care to remember. Valid markup and sensible structure was our only chance to reach maintainability and make sense of the things around us. This was especially important in the long long ago. I remember using Lynx to surf the web.

I also remember to keep Lynx in my arsenal for a bit longer. I used it to “see” what search engines and assistive technologies see. The former was correct at the time (not any longer, Google does index Flash and JavaScript and actually follows ill conceived links using hashbangs).

The latter was even wrong back then. A lot of the debate around using proper HTML5 right now tries to back up with the argument that “assistive technology like screen readers need it”. Nah, not quite the case yet.

Build it quickly, make it work

I’ve mentioned it in a few talks that when people mention the good old days where markup mattered and people cared and such they are talking nonsense. These days never existed and when we started with web development we struggled to make things work. We used tables for layout, NBSP for whitespace, lots of BR elements for vertical whitespace and more evil things. We then used spacer gifs for padding and margin and just started to care when CSS got out and supported. The reason was not that we wanted to write cleaner HTML. The reason was that we wanted to make things work as all we got was a design to build, not a description how to structure the document or what to build. When you start from the look of a web product, semantics are already on the endangered list.

This is the mantra of now. The big success of jQuery is based on it. JavaScript standards were too complex and too verbose to write code quickly and change it quickly. So the jQuery crowd analysed what people did the most – changes to the DOM and adding and removing classes (and later Ajax) and made it damn easy and short to do. No need to write code that doesn’t do much.

The same happens over and over again. less and sass make the prefix hell and repetition for different browsers in CSS easy to maintain and client-side templating languages and browser-internal templating and client-side MVC make HTML the outcome of computation and programming logic and not a starting point.

A lot of what the fans of HTML and semantics are getting excited about is not visible. Whenever a new HTML element got support and had a visual representation in the browser it was a no-brainer. People used it immediately. In most cases they used it wrongly, but they used it (I’ve seen fieldset and legend used around images as it is pretty and of course indentation with BLOCKQUOTE).

A lot of the semantically rich elements don’t show up at all. Blockquotes’s cite attribute was meant to give a quote meaning by telling us where it is from. ACRONYM and ABBR were supposed to tell people what a TLA meant – heck we don’t even do that in meetings and press releases so why bother adding info that the browsers don’t show the users.

This is also a big issue for Microformats. If browsers made an address draggable to your address book or created voting buttons for VoteLinks, if a browser would automatically detect events and give you a simple interface to add to your calendar they’d be a no-brainer to use. As it is, we have a few success stories to tell, for a lot of work to do.

The big book of ARIA

It gets really frustrating when we are talking about accessibility. Making a web document available for people with various abilities should be easy when we stick to keeping things simple and follow human logic.

It should, but it isn’t. And by keeping things very simple we can reach more people but we could also deprive a large group of great interfaces. Whenever we do crazy things in the browser and the talk comes to making them accessibile the way out is the mythical ARIA.

If you dive into ARIA you will realise very quickly that it is a lot of work, hard to understand concepts and above all a lot of code to write. Instead of having accessibility as an integral part of HTML5, we have to deal with two parallel standards. One to achieve things quickly and move the web from documents to applications and another one to keep it available for everyone out there. This is not a good place to be in. Accessibility happens when you embrace it from the very start. There is no magic bullet layer at the end of the process that makes things work.

So what about HTML and semantics?

You know what? There is no solution for all. The reason is not that technology moved on or people don’t care about users or that our standards are holding us back or anything like that. The reason is that “write once, deploy anywhere” is simply bullshit. The one thing that made the web work so far and become an amazing market to work in is flexibility. We all enjoy that you can reach a seemingly similar experience for our end users in many different ways. So why are we banging on about one side of the development range or another?

Personally I am concentrating more on the things that really worry me about the web these days, and it might be interesting to list them.

Semantics are like wonderful prose. You use them to deliver an enjoyable product. People are not celebrated for writing books. They are celebrated for what they filled them with. If we keep putting things on the web that have structure and get better on more sophisticated display products we are building for the future. If we point fingers at others doing it wrong we waste our time.

Tags: HTML, openweb, semantics
Posted in General | Comments Off on Lynx would not be impressed – on semantics and HTML

Why I don’t write my slides in HTML

At the Fronttrends2010 conference Tantek Çelik spent the last few minutes of his HTML5 talk praising HTML as a great format for presentations and urged people for the good of the open web to use HTML slide systems instead of Flash or PDF. Other presenters right now write awesome CSS3 driven slide shows and build their own scripts to show their presentation. I could, but I don’t – and here’s why.

Presentations are not web documents

I am all for the open web (heck, I just took a job evangelising it) but I don’t write my slides in HTML and I really don’t consider it a good format for something like a presentation. Here are my reasons:

Presentations are more than a document on the web and unless I can do the things above as effectively and easily in HTML as I can do them in Keynote, I won’t switch.

The main argument – beyond “doing the right thing for the web” that Tantek mentioned was that your slides as a PDF or Flash movie just can’t be found on the web. This is not true – Google happily indexes PDF and Flash and furthermore Slideshare creates a transcript of your slides as an ordered list for SEO reasons.

The other argument which is more to the point is that HTML documents are easy to edit, re-use and update. Collaborating on a slide deck in Keynote and Powerpoint can lead to annoying inconsistencies across operating systems and software versions.

Personally, I use a hybrid approach to the issue. I write my presentation as notes and then create a slide deck from those. I explained the lot (and the above arguments against HTML slides) in the presentations chapter of the Developer Evangelism handbook:

When I write a new slide deck I start with a text editor. I write the story of my presentation and I follow the same rules as for writing online articles. That way I make sure of a few things:

Yes, this is duplicating work, but I think it is worth it – after all Slideshare is a community for slide decks – you already have a captive audience rather than hoping Googlebot comes around and considers you better than another resource on the same subject.