This is part of a series of posts about the life as a DevRel person and how not all is unicorns and roses. You can read the introduction and the other parts of the series here. 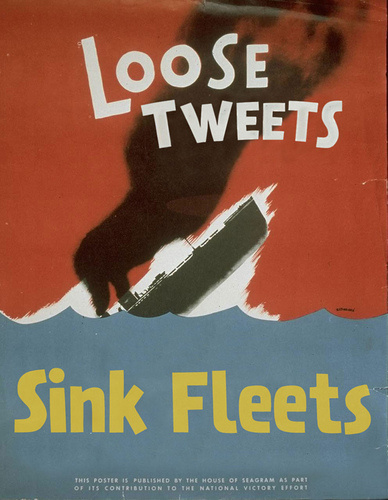 Social media is one of the most powerful things for a DevRel person. It is also a tricky one to navigate. As a DevRel person you skate on thin ice. You need to remain a person and a face people can remember and feel comfortable contacting. But you also represent a company.

People on social media are much more likely to follow and listen to a personal voice than a company account. In my personal experience, you also have more longevity. A corporate account promoting a product can cause a massive spike in traffic. A personal account causes traffic for a few days. People are reading your updates at different paces.

So, as a DevRel person, you have the challenge of having to be yourself and to represent a company. And that comes with a lot of baggage.

You need to be careful not to mix your personal views (or ones that people think you have) with company updates. And there is no such thing as “sins of the past”. What you posted and how you acted can be dug up years later and used against you. Many celebrities right now have the same experience. DevRel people – for better or worse – are minor celebrities (in most cases we don’t want to but it happens). So, the glib post you put out in a party mood five years ago can and will be used against you.

I am trying to mitigate this risk by having a detailed Twitter manifesto where I explain my usage of the channel in detail. I am pretty sure that this will not mean much when push comes to shove but I had good feedback on it.

Social media is a numbers game

People game social media – big time. By now it feels spammy and annoying. “Growth hackers” and “Social Media Experts” spoil it for everyone. It feels like back when Search Engine Optimisation (SEO) messed with the web. Our carefully crafted and educational posts drowned in a mess of “7 things you should know about…” and “45 essential jQuery plugins” bullshit articles, crafted to optimise eyeballs and clicks. Social media is a similar race at the moment. You can buy followers and likes and many a bot upvotes others. Adding your voice to a thread – no matter how wrong – gives you eyeballs. Almost every longer conversation sooner or later ends up with baiting and leading people to say something controversial that can be taken out of context. You somehow need to stand out of this quagmire. I got to be very careful over the years, and actively avoid getting roped into discussions.

Separation of products and people is a must

Social media is full of terrible people and bots you don’t want to get associated with – even by accident. Who you retweet and share also reflects on you. So be aware what and who you endorse. Make it perfectly clear that an endorsement of a product doesn’t mean you necessarily agree with the creators.

Context on social media is a joke

Whatever you put on social media will be taken out of context. Make sure your updates are clear and precise. Don’t allow people to quote you to support something you don’t want to be associated with. This is especially dangerous when you talk about your competition. Negative remarks about them are completely out as this is a headline in the making you don’t want to defend yourself against. Positive remarks about your competition can easily turn into a messy conversation with your own company (more on that in the final part of this series). But here’s the issue – to be successful on social media as a DevRel person, you have to talk about other products than your own. And that includes your competition.

You are always one remark away from being a shill

OK, we all know that you are paid to represent your company, its products and get people to try them out. You are also there to get feedback and bring that back to the company. All this is dependent on your reputation and the trust people have in you as an expert in the field. That’s why it is imperative that you have your ear on the ground and talk about exciting things on social media. You need to be a go-to expert for people to find out about exciting new things and to get feedback on their own ideas and products. The perfect scenario is when your products are making a lot of sense to you. Then you can promote them by showing what you build with them. But, the more successful you become, the more your company will also ask you to promote their other products. And this is where it gets annoying to be on social media. When you promote a product people know you don’t use you will get a lot of backlash. Often it makes most sense to point to other social media accounts to do that promotion. Or to coach the other department of the company to create some post or demo that you can point to without looking like a sales rep.

What your company does is all your fault

On the flipside, whatever your company does will always be your fault. It doesn’t matter if you are one of thousands of people in the company. It doesn’t matter that you are far removed from the product or the happening that annoyed people. You are publicly visible, available and you have a history of being responsive. So there you are.

This gets tougher, the bigger your company is, and the more the press loves to report about it. Talking to colleagues at Google, Samsung and other big players, we all have the same experiences. It is pretty unfair to have your life decisions questioned every time something controversial happens to your employer. It is even worse when people ask you about a quick statement. Often because what your company allegedly did is at odds with what you are about. The very important solution to covering your arse here is to have a good relationship with the PR department of your company. Don’t fall for the bait, don’t make public statements. By all means, though, report in the company what you heard – that’s where changes can happen.

You’re seen as the magic way-in

On a less stressful topic, people will always assume that you wield a magic wand to get things done in your company. That bug report a random department of your company hasn’t answered in months? Sure you can simply talk to them and it will get fixed immediately? That just announced new product or service? Surely you have a free one lying around? And you can get one of your thousands of online friends free, unlimited access. You also have the magic powers to get anyone hired without any of the normal procedures, right?

All this is flattering, but also dangerous. Communication channels in your company are there for a reason. You can sometimes accelerate them, but it is important to do a cursory introduction and then pull out. You don’t want to constantly play a game of telephone being a mediator as that takes up far too much of your time.

Alas, it makes a lot of sense to be active on social media

Social media is a great way to get information out, and to keep up to date with what other people are doing. As a DevRel person, it is much more agile and simple than cold-call emailing people. The main task though is find a good balance of staying true to yourself but not fall into any of the dozens of traps social media has these days. You are under a massive spotlight, better watch your moves and count to ten before you answer and publish something that can never be undone.