The (very) short story of “Ideasoft”

When I was a kid, access to computers was at a premium. We had a few in school, and there were department stores that had them on display. You could do whatever you wanted with those, as the sales people in the store had no idea what they are or do (think Best Buy but without the Polo shirts – this was the 80s).

When we learned a bit of BASIC and Pascal in school, I was hooked and went to the library to get more information and to do my own things. I was terrible at painting and writing due to a bout of Meningitis as a kid leaving me with a few minor motor issues. So I thought I can make computers do that stuff for me and turn my ideas into visuals and texts. Incidentally, once I got better, programming my own solutions almost totally replaced my interest in Maths, and I donated my programs to the school library, which pleased my teacher so much he led it slip that I skipped lessons.

Whilst school computing, back then called “Informatik” or “Elektronische Datenverarbeitung” was very academic or scientific (one thing we programmed was a tool to move the school’s observatory) I already felt at the age of 11 that there is a living in this, too. My parents violently disagreed, and urged me to work in the same factory as my dad instead – albeit as an engineer to design machines. So there was a bit of overlap and trust in my abilities. Or distrust in my manual abilities, who knows.

One thing I wanted was a brand. To tell people that the program they see and use was by me, but also a company. Surely that makes it so much more important. And companies need logos. Lacking a graphics program all I got was some Math knowledge, BASIC and a line algorithm to paint on the screen, so I went for it.

The first logo idea was for a company called “Newsoft” and here is what I came up with : 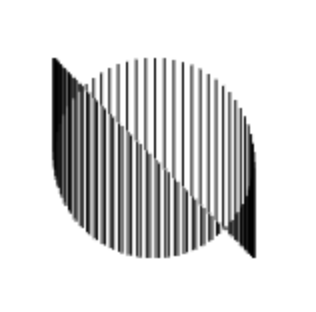 I then got fancier and moved on to “Ideasoft”, which was a logo painted by moving around a circle and painting lines to the diagonal cosine wave : 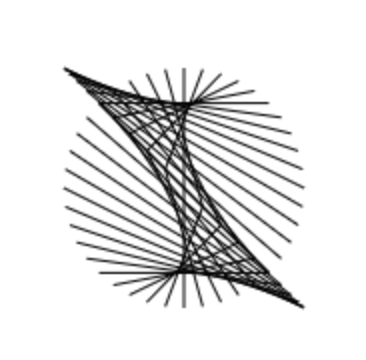 Bear in mind that in JS and canvas this is instantaneous, but back then on the Thomson TO7-70 and later on the Commodore 64, both of those were a cool animation as the machines were that slow.

Now, as you can see, both my Math and design skills were a tad lacking (I am no Lea Verou or Ana Tudor) but it was fun to remember those days and me proudly thinking I could be a company with a few lines of code. I hope people think the same these days and don’t let them be hindered by what they would need to achieve a goal, but rather just giving it a go.

I was a freelancer for a while, and terrible at it (I hate paperwork), and Ideasoft never came to life. Ah, the things that could have been had I not frittered my life away working in a radio station and for unknowns like BMW, interAd, eToys, Agilisys, Yahoo, Mozilla and Microsoft…