Accessibility WTF: Voiceover on Mac announcing a list tree as a table?

I’m currently investigating a strange bug we got reported with the Edge Developer Tools. Voiceover on MacOS announces the DOM tree as a table and tells you how to navigate it – which then doesn’t work. 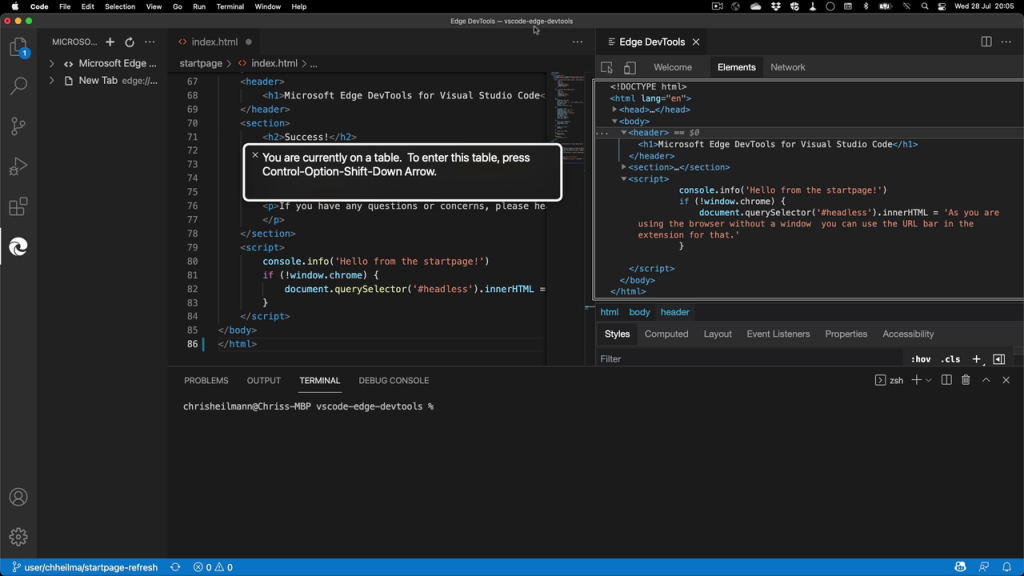 The reason is that the markup isn’t a table. The DOM tree is, well, a tree, built with OL, LI and ARIA roles. But Voiceover doesn’t recognise that. Narrator on Windows and NVDA work.

I thought at first that it is a problem related to the list-style:none voiceover issue but it even happens on an example without any styles and on the W3C demo of treeview . 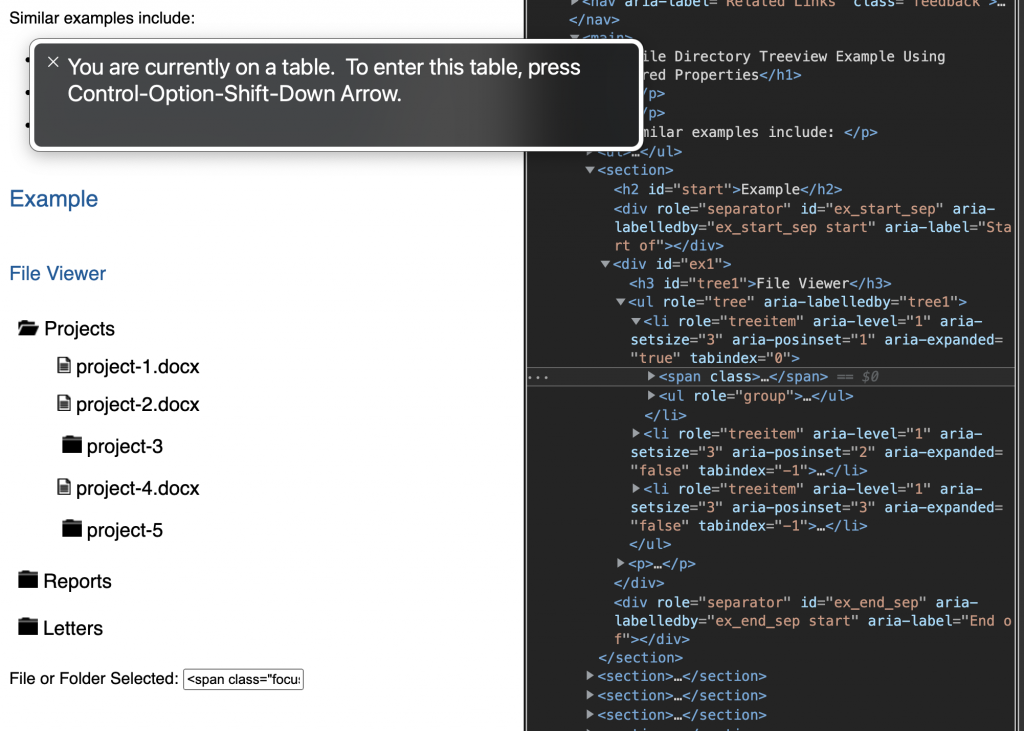 Let’s hope this gets fixed soon, as for now, I am stumped as to work around this issue.

Update: As Tomas Caspers pointed out on Twitter, this might be caused by a weird old HTML demo in the ARIA spec using a table and lots of roles to explain the functionality.