Shifting an image with canvas

As part of my Tile Editor I needed a way to shift an image by x pixels left, right, up or down. I didn’t need to move the image, I needed to shift the pixels of the image. This allows you now to shift the image and thus makes painting seamless tiles much easier.

Now, visually this is easily done using CSS. You can use the image as a background, define background-repeat as repeat and offset the image using background-position. You can play with this here :

This is pretty straight forward and performs well (as a test, click the image in the above demo for some useless fancy stuff. Click again to stop it).

With background position being zero in horizontal and vertical the image is just the image: 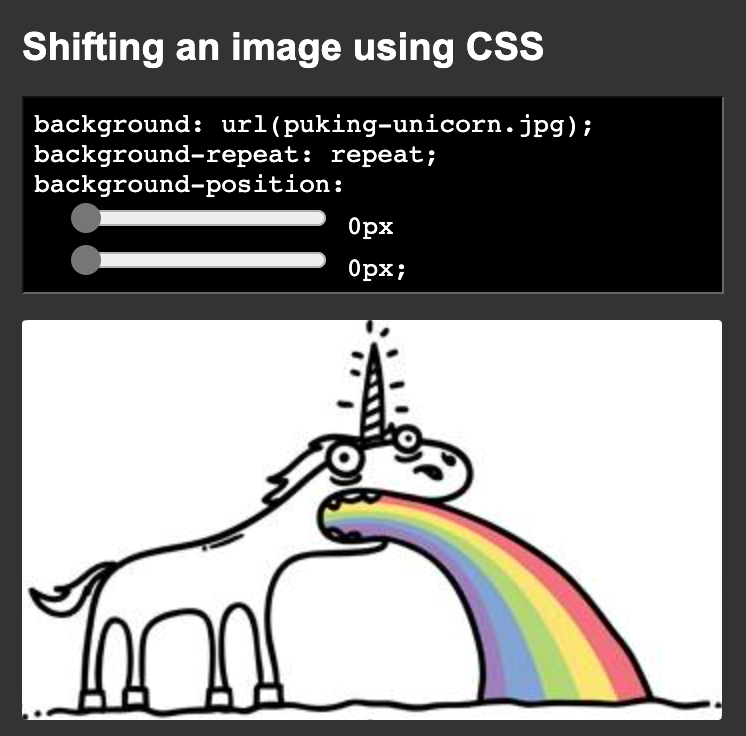 When you set the the horizontal offset to 130 and the vertical to 115 you get a shifted image and the image data gets repeated: 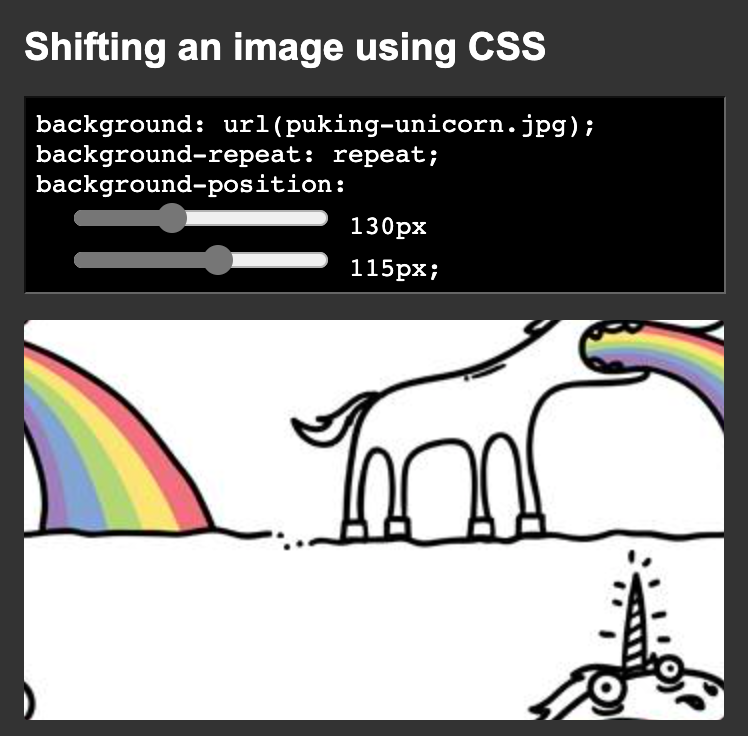 But it is only visual. You don’t really change the image data – you just display it. If I wanted users to shift the image and save it, they’d have to create a screenshot.

Canvas to the rescue – shifting an image

Now, manipulation of image data can be done using HTML canvas. You can manipulate images pixel by pixel, but – even better – you can slice parts of the image out, cache it, manipulate the image and then paste the sliced part again.

You can try it out here and the best way to see what it going on is to turn on debugging and set a breakpoint.

This takes care of shifting to the left. If you want to move the image right, to the bottom or up, you need to tweak the coordinates for the slices accordingly. The following animation show how this is done. Click the different buttons to see the steps to move the image around.

This takes a bit of fiddling, so I thought I make it easier and created CanvasShift.js.

This allows you to shift any canvas by x and y pixels. You can see it in action by trying out the test page .

This would make our first example of shifting 100px to the left the following:

If the loading part is annoying to you, you can also use the load method of the script:

This one takes three parameters, of which the last one is optional. The first is the canvas, the second the url of the image (this needs to be on the same domain – or a cors-enabled one) and a callback method that will be called once the image was successfully loaded.

Whilst CSS should be enough in most of the cases you want to do some image shifting, this should get you on the way. There are more options in canvas like defining images as patterns an using transform, but for non-animated shifting this seems to be the easiest option.