Twitter testing out a new “consequences” button? Not really…

I just had an interesting experience after adding a German SIM card to my phone. The Android version I have told the phone to automatically switch all apps into a German mode. This can be handy, but I found it annoying.

Where it got really odd is in the Twitter Lite PWA-ish app. As it runs in a Chrome WebView the browser tries to be extra helpful and translates the interface back to English. That way I ended up with a “consequences” button, which made me do a double-take: 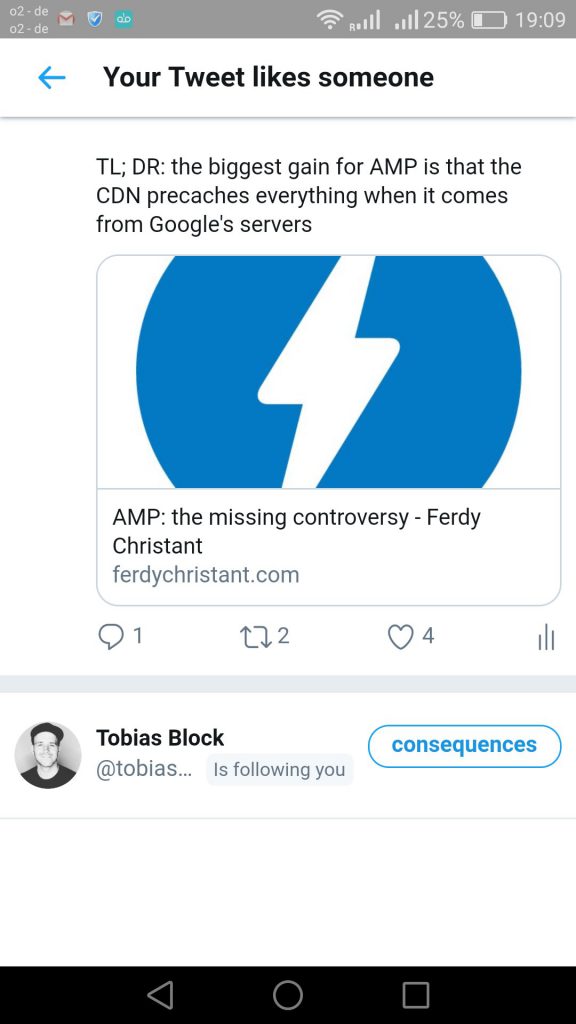 I thought it is a new way to deal with lots of answers and that you can vote answers up and down. I also was impressed that now tweets can like people, but no. “Follow” in German is “Folgen. And as a noun instead of a verb, “Folgen” in German are “Consequences” in English.

One more thing to worry about when a webview gets too clever for its own good.