A few weeks after I pestered Ada Rose Edwards to write her first Smashing Magazine article on Progressive Web Apps I did a Skype call with her to talk about the same topic.

You can see the video and get the audio recording of our chat over at the Decoded blog: 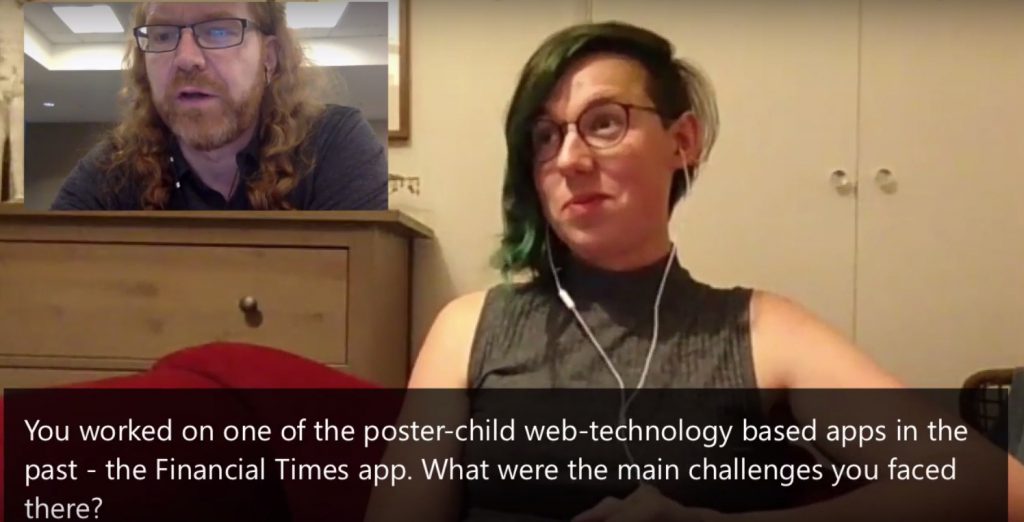 Ada is a great talent in our market and I am looking forward to pestering her to do more of these good things.

Here are the questions we covered: