Amazing accessibility news all around…

Lately I’ve been quite immersed in the world of Microsoft to find my way around the new job, and whilst doing so I discovered a few things you might have missed. Especially in the field of accessibility there is some splendid stuff happening.

During the key note of //build last week in San Francisco there were quite a few mind-blowing demos. The video of they keynote is available here (even for download).

For me, it got very interesting 2 hours and five minutes in when Cornelia Carapcea, Senior PM of the Cognitive APIs group shows off some interesting tools:

The results of CRIS are impressive. For example, Cornelia showed off how a set of audio files with interviews with children became much more usable. On the right in this screenshot you see the traditional results of speech to text APIs and on the right what CRIS was able to extract after being trained up: 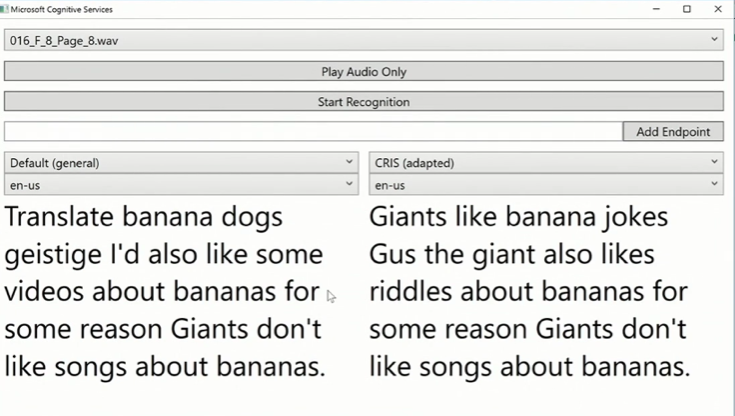 The biggest shock for me was to see my old friend Saqib Shaikh appear on stage showing off his Seeing AI demo app. It pretty much feels like accessibility sci-fi becoming reality:

The Microsoft Cognitive Services: Give Your Apps a Human Side breakout session at build had some more interesting demos: 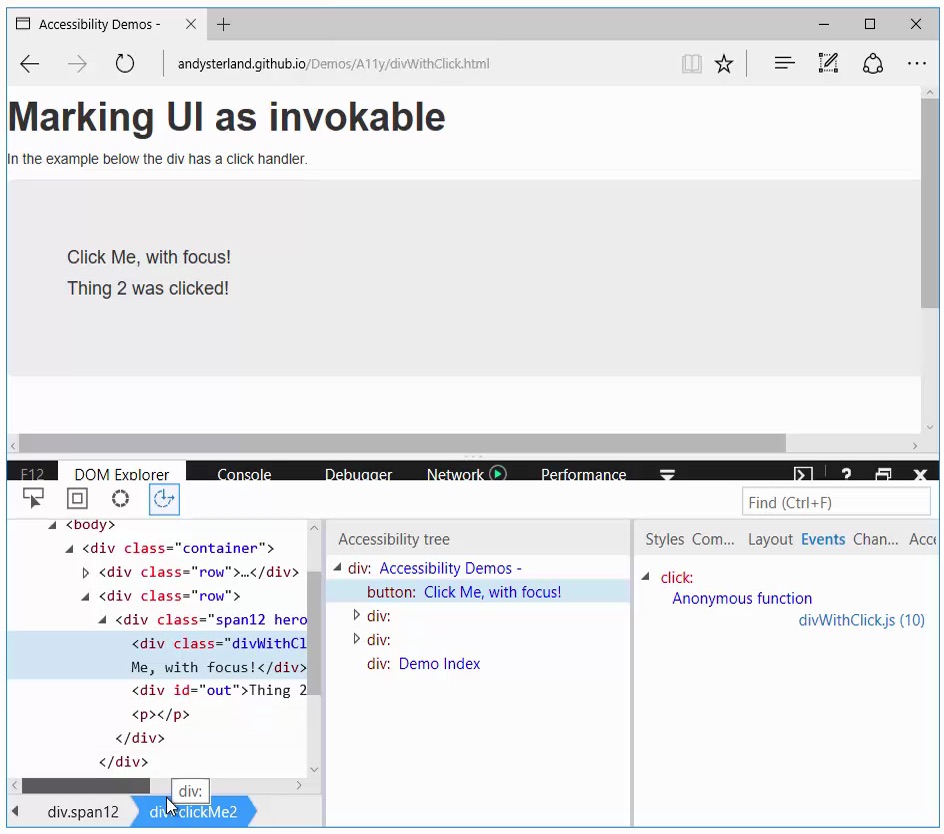 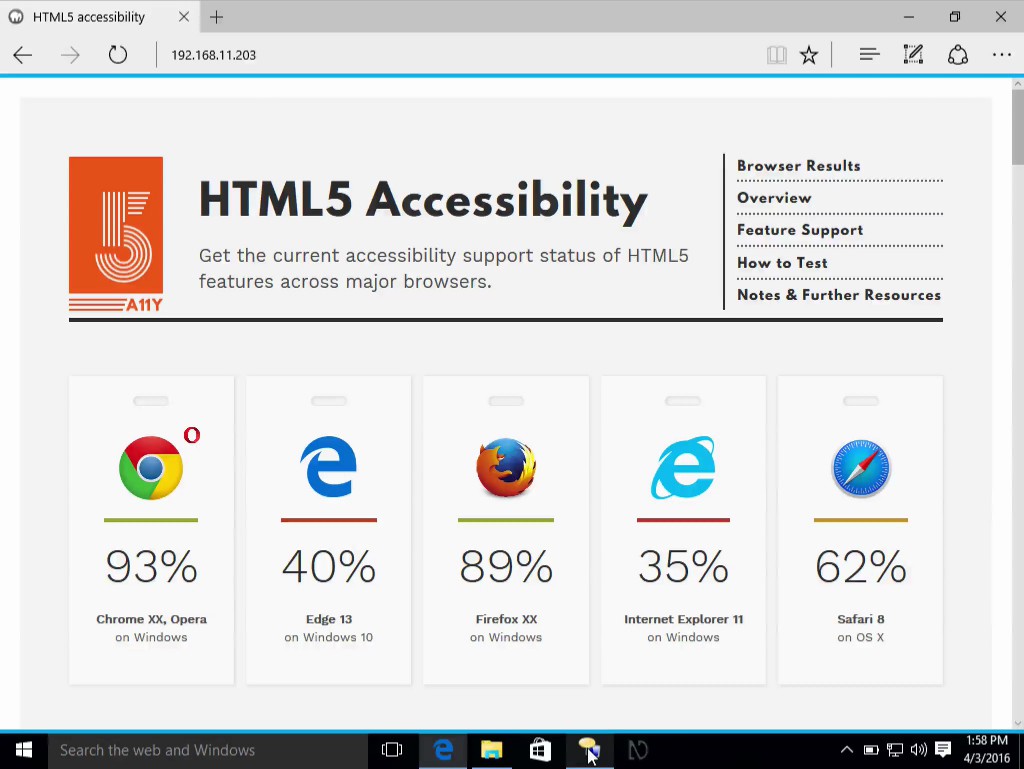 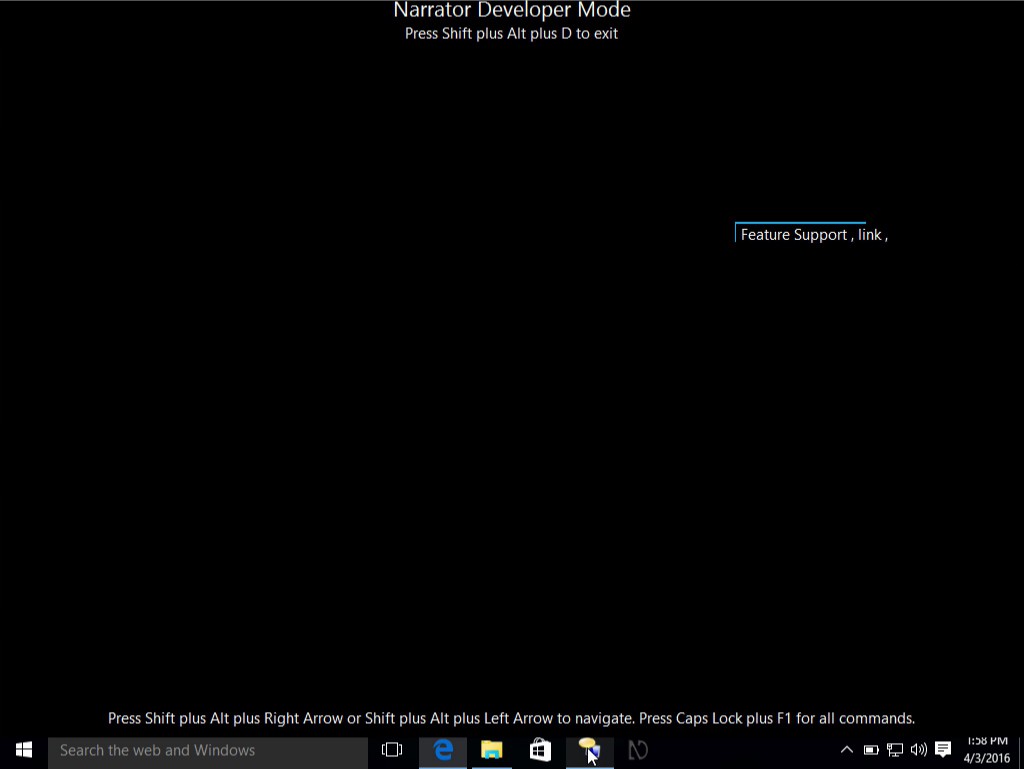 My direct colleage and man of awesome Aaron Gustafson deep dived more into the subject of accessibility and covered a large part of the Inclusive Design Toolkit.

All in all, there is a lot of great stuff happening in the world of accessibility at Microsoft. I had a very easy time researching my talk next week at Funka.