I just returned from Linz, Austria, where I spoke at TEDxLinz yesterday. After my stint at TEDxThessaloniki earlier in the year I was very proud to be invited to another one and love the variety of talks you encounter there. 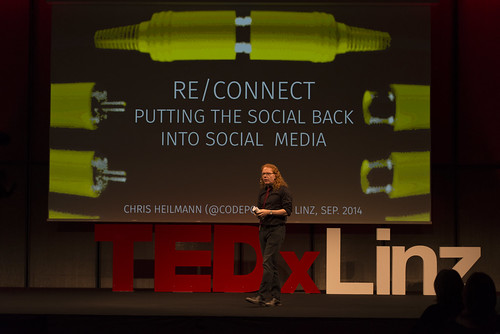 The overall topic of the event was “re-connect” and I was very excited to hear all the talks covering a vast range of topics. The conference was bilingual with German (well, Austrian) talks and English ones. Oddly enough, no speaker was a native English speaker. 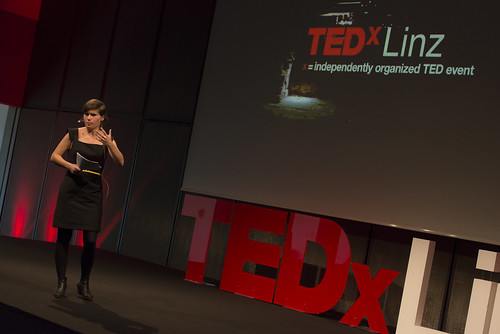 My favourite parts were:

The location was the convention centre of a steel factory and the stage setup was great and not over the top. The audience was very mixed and very excited and all the speakers did a great job mingling. Despite the impressive track record of all of them there was no sense of diva-ism or “parachute presenting”.
I had a lovely time at the speaker’s dinner and going to and from the hotel.

The hotel was a special case in itself: I felt like I was in an old movie and instead of using my laptop I was tempted to grow a tufty beard and wear layers and layers of clothes and a nice watch on a chain. 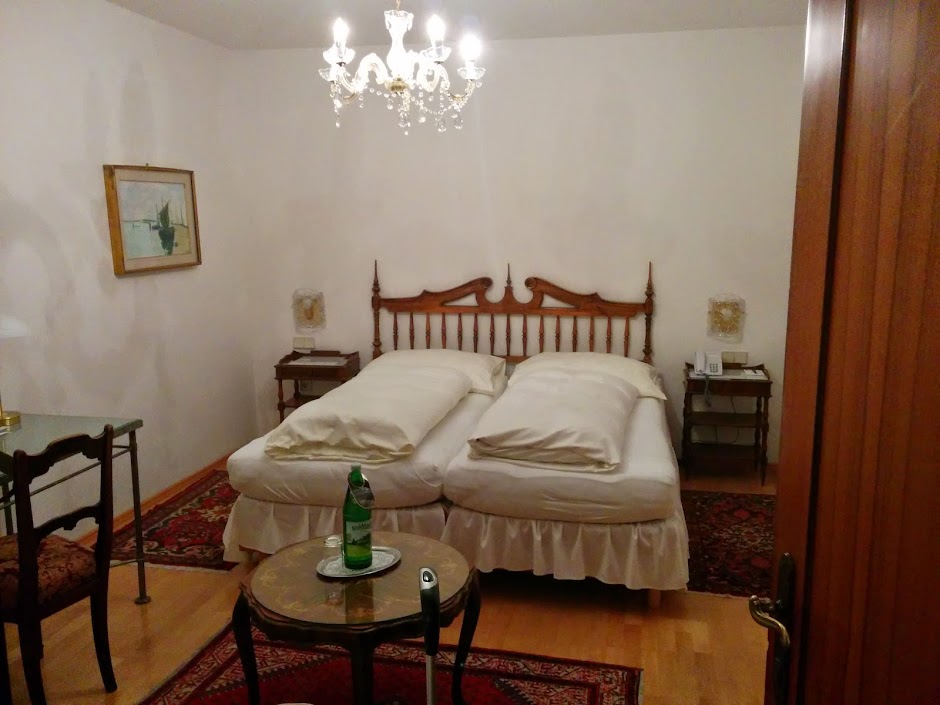 My talk was about bringing the social back into social media or – in other words – stopping to chase numbers of likes and inane comments and go back to a web of user generated content that was done by real people. I have made no qualms about it in the past that I dislike memes and animated GIFs cropped from a TV series of movie with a passion and this was my chance to grand-stand about it.

I wanted the talk to be a response to the “Look up” and “Look down” videos about social oversharing leading to less human interaction. My goal was to move the conversation into a different direction, explaining that social media is for us to put things we did and wanted to share. The big issue is that the addiction-inducing game mechanisms of social media platforms instead lead us to post as much as we can and try to be the most shared instead of the creators.

This also leads to addiction and thus to strange online behaviour up to over-sharing materials that might be used as blackmail opportunities against us.

My slides are on Slideshare.

Resources I covered in the talk:

Other than having a lot of fun on stage I also managed to tick some things off my bucket list: 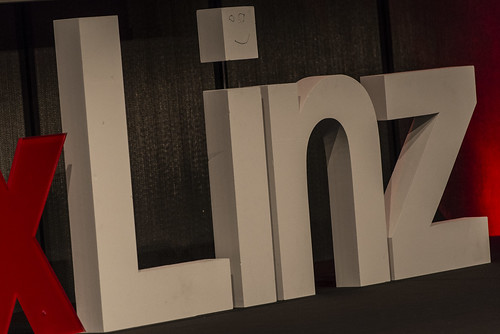 I had a wonderful time all in all and I want to thank the organisers for having me, the audience for listening, the other speakers for their contribution and the caterers and volunteers for doing a great job to keep everybody happy.