Out of everything I’ve lost, I miss my mind the most. 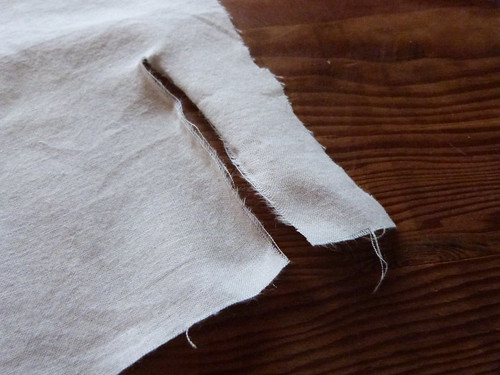 All of this when my passion and my job is to be encouraging, to find the good, to emphasise it and to challenge people to find what makes them happy and effective.

Of course, I am talking about the issue with Brendan Eich being appointed CEO and his subsequent stepping down as CEO. Stepping down from the cause that drove him for 15 years and helped to a large part create the open web that made all of this possible.

(Oh, oh, oh, when oh when will be the part when the writer says that he is pro or against gay rights? Where is the punch line, where can I copy and paste my angry comment in?)

Yes, this is important to mention: without the work of Mozilla we’d not have the open web we have now. Social media wouldn’t have happened. The web would be a business thing: grey boxes in offices and people not having the choice to write and publish but people being paid to twist and turn words until the most catchy and debate-arousing headline comes out.

Brendan did a personal thing: he supported to a political cause that prevents a social change. That is his right. I defend that right. I don’t have to agree with it. This is the moral high ground we have to take. I find it personally disgusting that you can just donate money to a cause this controversial and with high impact on human lives – to me a flaw in the legal system. It makes political social decisions a marketing show where the ones with the most money win (at least a first round).

Of course Brendan’s donation was public record, but not many would have either found it or talked about it nearly as much as we did now on the web. The thing Brendan built up allowed people to easily find ammunition to attack him. “You can’t stop the signal, Mal”.

Curious, isn’t it? Other people posted thought experiments on this.

I was and am utterly torn by this as it affects three things I firmly believe:

All three of these things were perverted and abused and a vehicle for hate, misinformation and soap-boxing the last few days. The trolls ran rampant, the baits were thrown, the truisms spouted silenced the few timid voices of reason and sensible debate.

When the outrage was how a person with a different belief and – to me – very doubtful political action got made CEO people ganged up on Mozilla, my colleagues and friends and me how that could happen and how we can allow that.

This was unfair. I neither donated (again, I find the concept of paying to support a political cause unethical as it makes politics a marketing and budget game rather than ideas game), nor did I vote for Brendan as CEO. Accusing me of supporting the same ideas my CEO has makes me a sheep, not a knowledge worker. I have colleagues who say things publicly I disagree with. Great. Let people decide who to agree with.

It gets even more unfair when you are continuously asked to give your opinion with loaded questions created to lead you to agree with the asker. That’s bullying. It doesn’t help a cause. If you already know the answer you want give me a command to say it. Don’t expect me to comply though. If you want answers, ask questions. Not the equivalent of a loaded gun to my chest. I am not the one whose decisions you are disagreeing with.

It gets even more annoying when your attempts to ask for people to grant others to have a right of their own opinion (“I disagree with you but I fight for your right to have your opinion” anyone?) get pushed into impossible to defend emotional space. This happens over and over again: “How can you say $x is OK when $horriblething happens to $targetgroup and you never experienced that?”

For a cynical person, this would be a great way out: “OK, I am not $x, so it is not my problem, you just claimed that I have no right to an opinion as I never experienced the suffering. Done.”

To someone who cares, this makes one feel like shit and powerless to respond. No, I don’t want to agree with you by disallowing others to have another opinion. This is not black and white. If you win by silencing others you don’t win. You make them angry, go back into their world of fear and hatch more brutal responses.

Cue the change after Brendan stepped down. Now Mozilla, my friends and colleagues and me get badgered by the “Conservatives”. Some good voices there, some amazing points and on the whole more eloquent debates (once you deleted the 80% of utterly insane hate mail). This is attacking my deep belief in free speech as this is the thing people wave in my face.

Here’s my view on this: free speech is a gift, it is a force to tell people what you think and make them your allies. You have the right to just shout and scream and spout hatred but with this you sully what free speech is about. It is not a way out for me to allow you the right to hurt other people and limit their freedom of expression. That leads to circular reasoning as that would mean their right to freedom of speech is limited.

You would expect that in this new round of noise and screaming and accusations my former attackers would chime in. You know, a “the enemy of your enemy is your friend” kind of scenario. But that doesn’t happen much. Instead, most of the mood seems to be “we won, but this is sad”.

Where does that leave the situation? I was accused of supporting a cause I don’t because I don’t speak out against someone who I believe can have his own opinion. I was told that because he was hired in an assumed hierarchy above me. That makes me feel angry. You are telling me I have no ideas of my own but just because I don’t disagree, I follow. You also assume that the person was not professional and brought his beliefs to work. Which makes you question how the place I work in functions. I outlined that you couldn’t be further from the truth.

All in all, this is not how dealing with people you disagree with works. For example:

I understand that there are circumstances that can make people be racist. I don’t have to agree with that. I see that as a challenge to find out what made them who they are. Maybe I will learn something that way.

Don’t boo the Klansman when he speaks. Listen to him, find out how your enemy thinks. If you boo him though, he’ll just ‘sieg heil’ and storm off the stage.


Now I get the conservative camp to accuse Mozilla, my friends and colleagues and me about killing free speech.

I want to give up. I feel an urge to say “fuck it” and go and build a closed app that allows you to take photos and put some crap on them, sell it to another big company and live on a beach for the rest of my life. Or I could start a “tech news blog” that lives on borderline libelous headlines and causing controversy in the tech bubble and get my money from ad clicks and impressions.

Nobody, really and utterly nobody who is in this won anything here. All that happened is that a man who we have to thank for a lot of his work stepped down and stops being in the company he started.

The LGBT movement didn’t win anything – all it is seen now is as a bully that disallows free speech, kerosene on the fire of those who talk about a “gay agenda”.

All that happens is that the already rivaling and disagreeing parties become more aggressive and the people in the middle have to deal with it. And that the open and free web is used once more to make each other feel shit by not even caring about starting a conversation.

Governments try to censor the web, companies try to make you charge for it. Your voice, your freedom of speech, your incredibly powerful and simple to use channel out. And they might just succeed if you keep allowing the hooligans of the web to be the loudest voice out there.

In the depth of winter, I finally learned that within me there lay an invincible summer.

I will not give up. I will stand with my friends and colleagues and I will try my best to keep this going. It is important, it is good. It gives people a voice and I deep down believe people are good and have great things to say. I will concentrate on these people. And I want people to think hard of what you achieve by a storm happening every few months in social media and tech about human issues. Is it worth getting the short attention or would your work be more fruitful if you really did something for the cause you really care about rather than clicking a “like”, re-tweet an unverified but outrageous “fact” or repeating trigger words?

We have Godwin’s Law that is commonly used as an opportunity by admins (thanks for pointing out my error, Mikael) that if you try to argue with a Nazi analogy on the internet, you lost the argument. Can I offer “Heilmann’s law”?

If you use the word “bigot” or “thought police” you lost the internet argument.

Presumptious? Maybe. But I dislike people being lazy in their argumentation. Especially when it is about important issues.